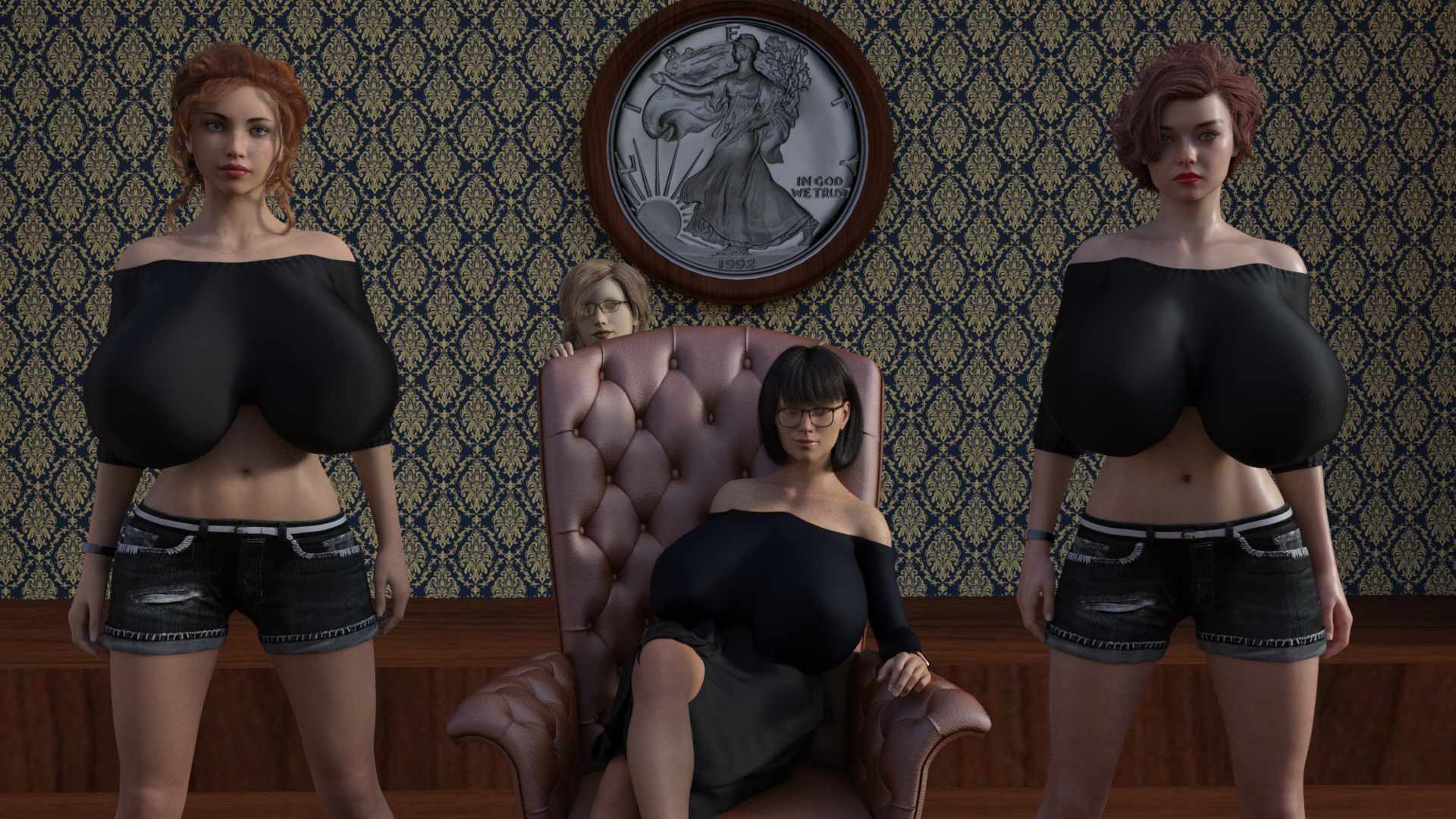 Журнал изменений:
v0.26
Well over 200 new renders a slither of future story and a whole lot of Mokori in this update. The next update will be the start of a short story for Alice and her investigation. So look forward to that.

v0.25
Here is our new update for your ocular devices to have a gander over. 250 new renders. Adding, a mokori scene, I am quite proud of. A little story. Also I spent a few hours going back over the old script, a lot of the MCs lines have been changed to try to get across the hesitancy the MC has at the beginning. I think this will not go down well with some, maybe coming across as me making the MC a little more of a vagina hating twit. but I think it adds to his gradual feeling of finding his feet in his new position, which even our most valued annoyed commenters must admit he has currently.
As always Hope you enjoy

v0.24
Version 0.24. 200 hundred extra renders. A little story and a mokori scene. A niche mokori scene, something that has been requested a lot. Hope you enjoy, let us know what you think.

v0.23
Here we have the next thrilling instalment. We have condensed the files another 20% for this update. So the game is significantly smaller. There is over 200 new renders and a…what I think is very funny addition. hope you enjoy.

v0.22
Here is the next monthly instalment of our serial sex story. A nice mokori scene with over 200 new renders and plenty of story.

v0.21
Here is the next chapter in the gripping, nail biting, and dare I say, down right fantastically written In for a Penny. Over 200 extra renders and finishing off The Nyx storyline. Hope you enjoy and feedback as always is most welcome.

v0.20
Version 0.20 for your consumption. Thanks to our fantastic patrons we have commissioned music to be added to the game. the first experience of this is the main menu music. We have left the entire piece in for you to listen to. We will be chopping and splicing with this and other songs in future updates. hopefully we will have a full soundtrack soon. We were going for a very 70’s bassy porn sound. i think it was done nicely. I took a lot of care writing this one as well because of the some of the subject matter. I hope you enjoy.

v0.19
N/A
v0.18
Another footprint in the sand in the journey towards good VN content. I think so anyway, and I would, I wrote it. 🙂 A little over 200 new renders in this update and a few new faces. Added something i think people will appreciate. I had major computer issues for the fist half of this update so the renders don’t have the most exciting backgrounds. But I managed to get the update out with more than 100 renders so i am happy with it, I hope you will be as well.
As always feedback is appreciated and I hope you enjoy.

v0.17
Here we are the 0.017 version of in for a penny has landed. A little extra story and a bit of mokori in this one. Due to new desk settup also over 250 extra renders. Hope you enjoy and give us your thoughts. We were also thinking of adding a public server to our discord as a side to our Patron one, if anyone is interested in that let us know.

v0.16
«Here is the next version for all you porous sponges.
A bit of drama, a little mokori, and a whole lotta story crammed into this update. The character bio menu has been mildly updated with the characters that the MC has had fun with can now be entered…if you will excuse the pun. The pictures should be viewable soon.
As previously stated I managed to squeeze out over 250 new renders for this update.
Hope you enjoy it and your feedback is welcome.
As always PC in header and Mac below.
I have used the Mega links as they were requested instead of the Mediafire on the previous update.»